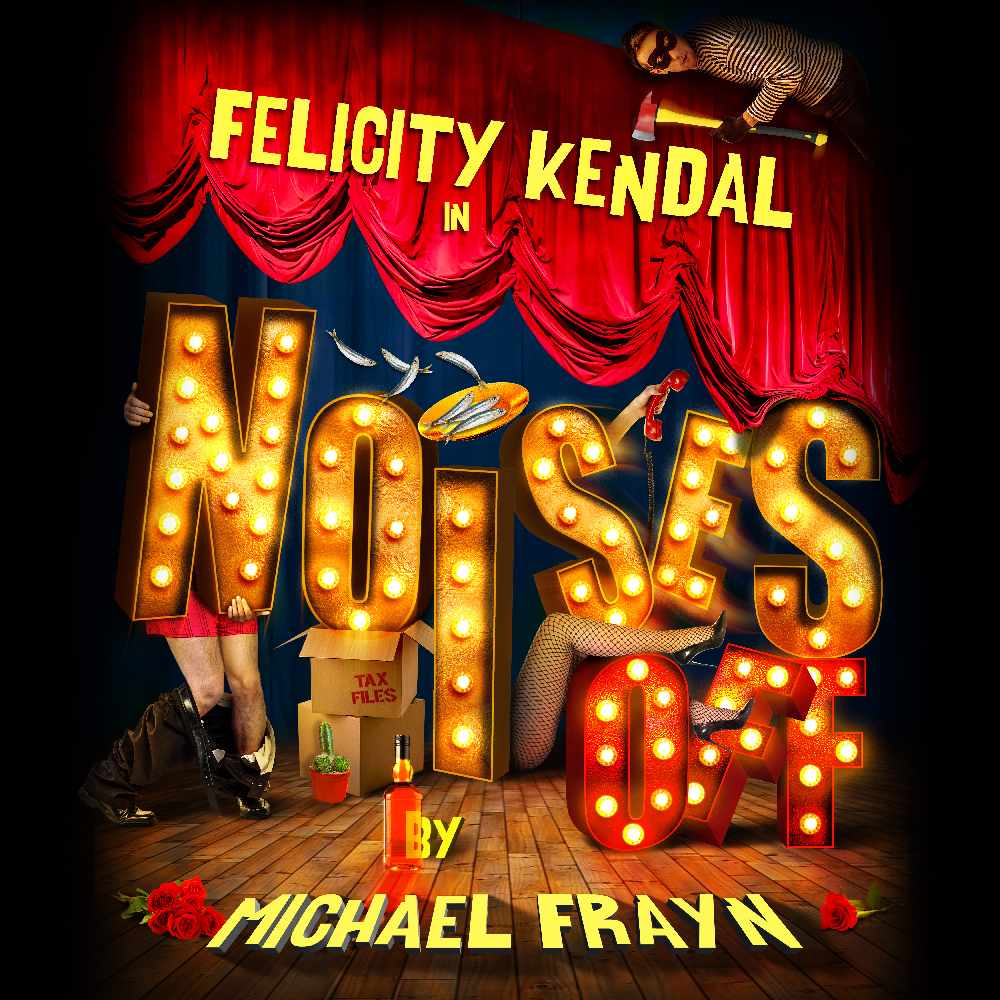 Michael Frayn’s celebrated play serves up a riotous double bill – a play within a play.

Hurtling along at breakneck speed, Noises Off follows the on and offstage antics of a touring theatre company as they stumble their way through the fictional farce, Nothing On. From the shambolic final rehearsals before opening night in Weston-super-Mare, to a disastrous matinee in Ashton-under-Lyme seen entirely, and hilariously silently, from backstage, before we share their final, brilliantly catastrophic performance in Stockton-on-Tees.

One of the UK’s best-loved actors, Felicity Kendal plays the role of the forgetful Dotty Otley. Having shot to fame in The Good Life, Felicity has won numerous awards for her stage work. Recent visits to Bath have included Relatively Speaking, Hay Fever and The Argument.

Matthew Kelly won the Olivier Award for Of Mice and Men. His West End credits include Waiting For Godot, Comedians and Troilus and Cressida, and the recent UK tour of The Dresser. His many television credits include award- winning thriller Cold Blood, Benidorm, Bleak House and Moving On.

Jonathan Coy played George Murray in Downton Abbey. He has starred in the West End production of Noises Off, and alongside Felicity Kendal in Relatively Speaking.

Lindsay Posner is one of the UK’s most accomplished directors of comedy. His previous production of Noises Off enjoyed a sell-out run at London’s Old Vic. His recent productions in Bath include God of Carnage, Stones in his Pockets, She Stoops To Conquer and Hay Fever.

The event runs from 7:30pm to 9:30pm on the following dates.
Select a date to add this event to your calendar app.