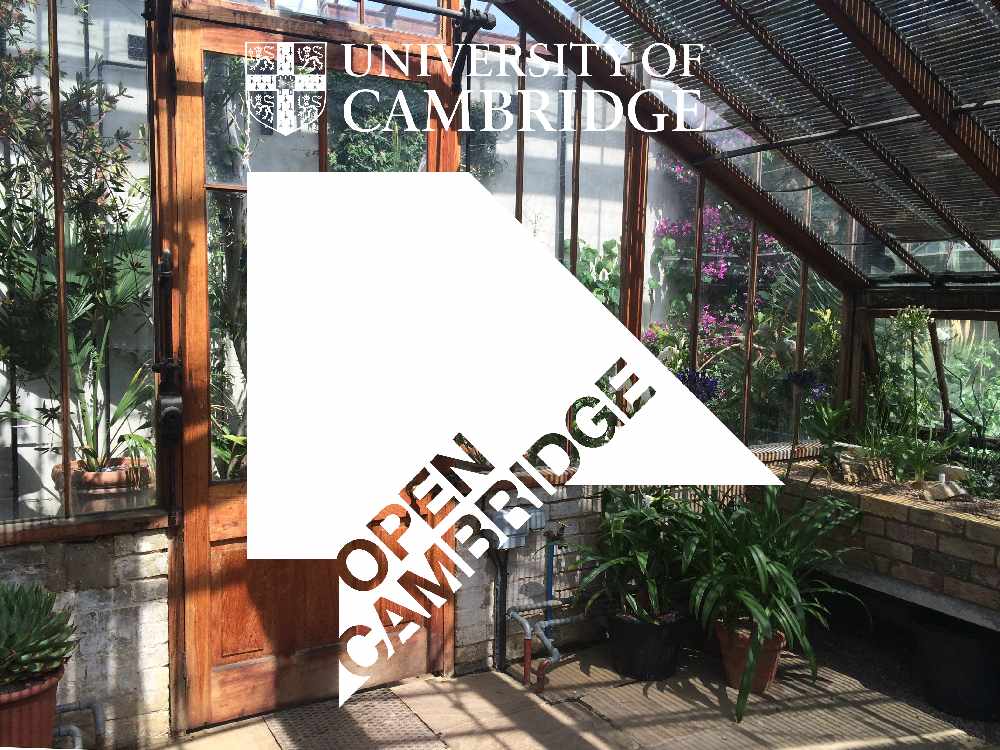 Celebrating one of the world’s most iconic cities...

Open Cambridge, one of the region’s biggest festivals of history and culture, returns with over 100 free events.

Culture lovers can look forward to the return of Open Cambridge, which is set to take place from 9-18 September and boasts a cracking series of free walks, talks, tours, and online events. The aim is to celebrate the heritage, community and history of one of the world’s most iconic cities.

The 10-day event is part of the national Heritage Open Days scheme, which has chosen the theme ‘astounding inventions’ for 2022 – a perfect fit for Cambridge!

Whether resident or tourist, Open Cambridge is for everyone. It offers tantalising glimpses into the city’s hidden places, traditions and stories, and a wealth of opportunities to experience new things.

Why is there a fin whale skeleton in Cambridge? What can we learn from a Dodo skeleton? What did Darwin collect here and on the Voyage of the Beagle, and what can these collections tell us about him and his ideas on evolution? Visitors can hear these and other fascinating stories on a guided tour around the Museum of Zoology, From Darwin to Dodos on 9 September.

On the same day, there is another fascinating guided tour of the less well-known World War II airfield at Bottisham. Visitors will also see the collection of artifacts telling the personal and often heart-rending stories of some of those based at the airfield. Bottisham was unique as the only airfield to host three different Air Forces during World War II.

On the following day, 11 September, visitors can pop into Magdalene College and have a look around the fascinating library of Samuel Pepys and see some of the selected art items at the Robert Cripps Gallery, during a special, one-off tour of the Pepys Library and Robert Cripps’ Art Collection exhibition. During the tour, Dr Jane Hughes will talk about Samuel Pepys, who served as administrator of the Royal Navy and Member of Parliament in the 1600s and is most famous for the diary he kept for a decade (which reveals a political scandal or two. Ahem!). Professor Tom Spencer will then show and discuss selected works from the art collection acquired by Mr Robert Cripps.

For those who have a fascination for the peculiar, the Green Badge Guide walk, Cambridge, the irrelevant and the irreverent, takes place on the 11-12 and 17-18 September. This walk around Cambridge centre looks at some of city’s lesser-known characters, as well as some odd facts and stories about the city. Do you know why there is a dog on the master’s lodge at Corpus Christi College, who helped bring meditation into Britain, or who wanted to liberate our toes and get us all wearing sandals?

Or perhaps banned books take your fancy? Ooer! From the 12 – 17 September, the Whipple Library showcases an exhibition of previously banned books, part of their rare books collection, during the event, Prohibition of science: Banned books and the Index Librorum Prohibitorum.

An event that will excite many of the city’s residents who walk past it every day is the rare opening of one of the city’s oldest buildings, the grade 1 listed Leper Chapel, on 18 September. The Chapel dates from 1125 when it was built as a place of worship for Lepers at an adjacent hospital. The building has 900 years of fascinating history, in that time being used for animals, but also as a bar, warehouse, dwelling and a place of worship.

You don’t have to go far in Cambridge to stumble across historical buildings and monuments. One such is the Hobson's conduit monument, which visitors can see inside on 16 – 18 September during a guided walk. The Conduit Head monument is a listed and scheduled building dating from the early 1600s. It stood in Cambridge Market Place near the Guildhall and was the fountain providing Cambridge's principal public supply of good clean water for over 250 years. It was then replaced with a new fountain and moved to its current position at the junction of Lensfield Road and Trumpington Road.

And finally, paying homage to this year’s Heritage Open Days theme, on 15 September the Department of Plant Sciences at the University of Cambridge will reveal Astounding inventions: which ones feed the world? This event will look at the technologies that contribute to global food security, some of which were invented right here in Cambridge, and all of which play a part in ensuring we have food on our plates. Some are controversial, for example genetic modification; some are so ancient we take them for granted, like fermentation. Some, such as chemical fertilisers and pesticides, increase yields but threaten the natural environment. Pasteurisation doesn’t increase the amount of food in the world, but it does ensure it’s safe to eat. Some technologies are accessible to the poorest people in the world, others aren’t.

The event runs from 9:00am to 9:00pm on the following dates.
Select a date to add this event to your calendar app.