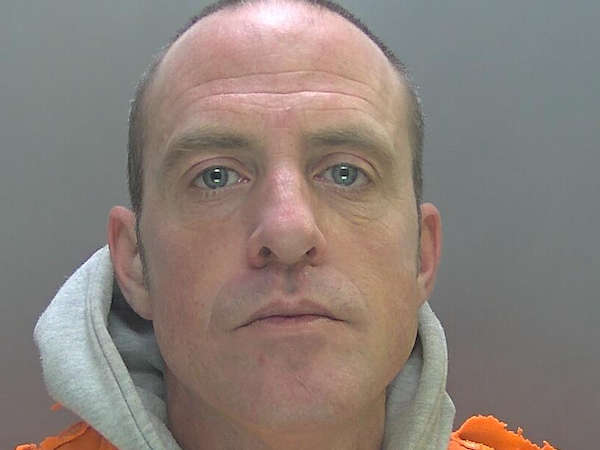 A man from Longstanton who made his partner’s life a misery by subjecting her to years of aggressive and controlling abuse has been jailed.

42-year-old Stephen Fordham of Thornhill Place, became aggressive when his partner spoke to other men in the pubs where she worked as a barmaid.

Determined to control how she was allowed to behave in public, he constantly turned up at the pubs where she worked or called on the phone to check up on her. One pub had to unplug the landline due to the number of abusive calls he was making.

Fordham regularly confronted customers and staff and became aggressive if anyone challenged him, often resulting in him being barred and forcing the victim to leave her job.

She decided to end the relationship after Fordham came home drunk one night and strangled her, hit her in the face, which gave her a black eye, and pulled her hair out.

No longer able to cause physical harm, Fordham then sent hundreds of abusive and threatening messages in an attempt to control her. Phone records show that in the period 1 April to 4 May 2020, Fordham made an average of 103 calls or messages to the victim every day.

These included threats to kill her and other men, references to her appearance, threats to throw away her children’s sentimental belongings and comments about previous partners. He would also attempt to manipulate her with threats of suicide.

In fear for her safety, she called police in May last year and Fordham was arrested.

Witnesses later described seeing Fordham angrily shoving the victim into a car before speeding off. Others told of how they would offer the victim somewhere safe to stay when she turned up to work with black eyes and bruises.

Fordham was sentenced for ten months at Cambridge Crown Court yesterday (11 October) after he admitted two counts of engaging in controlling and coercive behaviour in July.

DC Alan Armstrong, who investigated, said: “Fordham made the victim’s life a misery through years of coercive and controlling behaviour and assaults that stopped her from going out and speaking to people, affected the way she dressed and wore make-up and even stopped her from contacting her children.

“We would strongly urge anyone who is a victim of domestic abuse to contact police on 101 or call the National Domestic Violence Helpline on 0808 2000 247.”