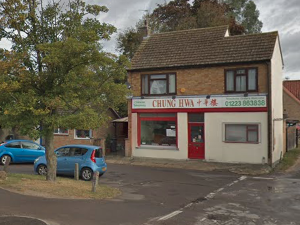 Police asking for help after a robbery in the village on Saturday night.

It happened at about 7.20pm a man in his 50s was assaulted in Green Side close to the Chung Hwa Chinese takeaway and had his wallet stolen, before the attacker fled the scene.

The victim was taken to hospital with serious, but not life threatening, injuries.

The robbery is being treated as an isolated incident. However, there was an increased police presence in Waterbeach on Sunday.

An 18-year-old man from London has been arrested on suspicion of possession of Class A drugs with intent to supply. This arrest is in connection with the robbery, but that investigation is ongoing.

Detective Sergeant Mike Barnshaw said: “This was a nasty attack and we’re urging anyone with information to come forward.

“I would like to emphasise that we believe this was an isolated incident.”

Anyone with information regarding this incident should call police on 101 quoting 35/76812/19 or visit www.cambs.police.uk/report.