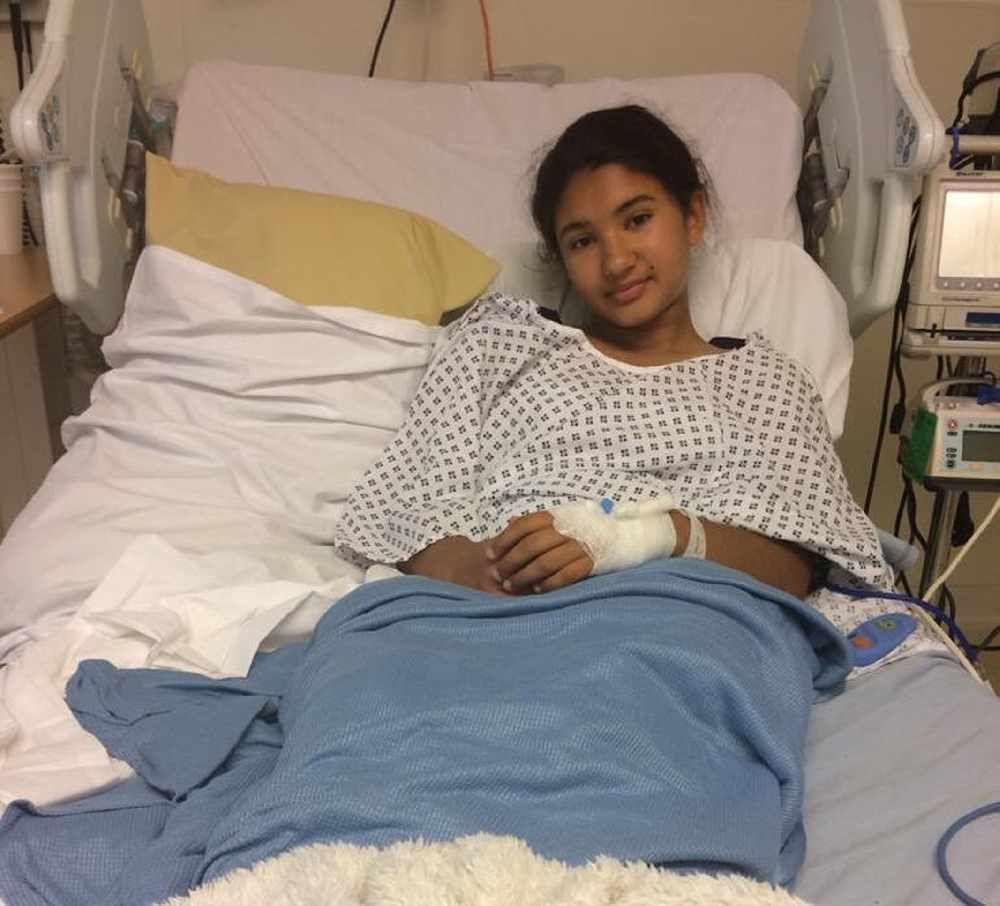 A surgeon from Cambridge is desperately searching for a blood stem cell donor to save the life of his seriously ill 12-year-old daughter.

Arya Lloyd first complained of stomach pains in May this year, and initially her parents thought they were general growing pains.

But when the pains persisted, Arya was referred to St Mary’s Hospital in Paddington, London, and she was diagnosed with the life-threatening blood disorder aplastic anaemia.

Doctors say her best chance of survival is through a blood stem transplant.

Her parents Geraint Lloyd, a consultant general surgeon at the Lister Hospital in Stevenage, and dentist Brundha Lloyd, 47, have been told they would only be a 50% match at best and that Arya needs a 10/10 match.

Ordinarily the best match would be from a sibling, but she is an only child so her best hope now rests with a stranger.

Mr Lloyd, 45, of Cambridge, said: “Our world was turned on its head when we were given Arya’s devastating diagnosis.

“It is with us always, and we’re doing all we can to provide her with a second chance of life.

“I am a surgeon who has spent half my life looking after people with serious medical problems and cancer, but nothing prepares you for this.

“The world is a very different place now we know Arya is so unwell.

“She misses school and playing hockey and netball with her friends.

“Still, she can’t take part in these ‘normal’ activities right now because of her ongoing immunosuppression treatment.

“We wanted to get her a puppy for additional companionship, but we can’t do this because of the risk of infection.”

The family is working with international blood cancer charity DKMS in search of a donor.

Arya’s mixed heritage – half Indian and half Caucasian – makes the search for a donor more challenging.

Mrs Lloyd has family in America and India, and DKMS has branches in both countries, so a global search to find Arya her match is on.

Although the UK has a diverse population, patients from a black, Asian or other minority background have a 20% chance of finding the best possible stem cell donor match, compared to 69% from northern European backgrounds, DKMS said.

Mr Lloyd said: “We’re at the mercy of others right now. We need their support.”

DKMS has reported a steep decline in new donors coming forward since March due to Covid-19.

EastEnders actor Priya Davdra is working with DKMS to encourage more people, particularly those from Asian communities, to sign up as potential blood stem cell donors.

“It broke my heart when I heard about Arya’s situation,” she said.

“To think what she and her family must be going through is just so awful.”

She has signed up as a potential donor and urged others to do so, adding: “It really is just a numbers game.

“The more people who sign up, the more chance we have of finding people like Arya the lifesavers they need.”

Every 20 minutes someone in the UK is diagnosed with a blood cancer or blood disorder and often a blood stem cell donation is the best – and sometimes the only – way to treat it.

Yet, only 2% of the population are registered as potential blood stem cell donors.

If you are aged between 17 and 55 and in good general health, you can support Arya and the other 2,000 people in need of a lifesaving transplant by registering online at www.dkms.org.uk/arya for a home swab kit.