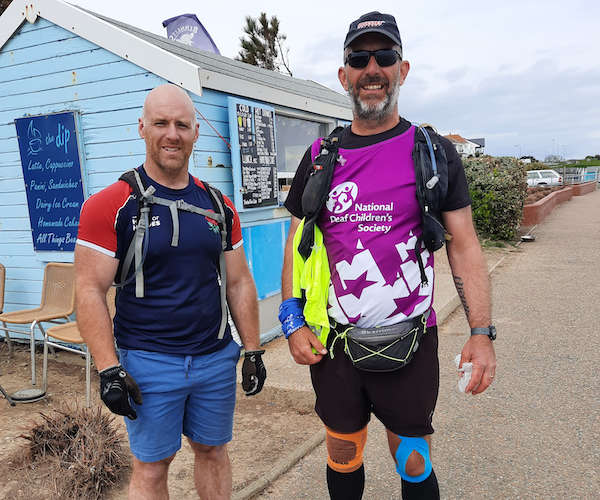 Alun ran the equivalent of six full marathons in five days, starting in Hunstanton, Norfolk, on 24 April and finishing in Felixstowe, Suffolk, on 28 April.

Alun’s route took him from Hunstanton to Felixstowe via Sheringham, West Somerton, Lowestoft and Knodishall. He was supported by friend and colleague Pete Mills, who cycled alongside, and by his parents, who followed him each day.

He was inspired to fundraise for the charity because his daughter, Darcey, was identified as deaf at pre-school and now wears hearing aids. The family is receiving ongoing support from the charity.

Alun lives in March with his wife Rebecca and their children Charlie, 16, and Darcey, 11.

Alun said: “I wanted to push my limits as an athlete and raise lots of money for this great charity because of the support they have shown and given us as a family.

“It felt wonderful to run down to the finishing point and complete the challenge. The generosity of people along the route was amazing. People asking what and why we were doing it and then giving us cash along the way. It was their good wishes that kept me going.”