Family Say Man Killed In A47 Crash Was A "Beautiful Person" 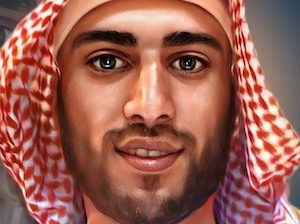 The family of a man who died following a collision on the A47 near Thorney have released a statement.

Shahrose Nawaz, 29, of Waterlea, in Crawley, Sussex, was driving a yellow Mercedes A Class which was in collision with a blue Mercedes Vito at about 11.50pm on Saturday, 11 June, on the A47 near Thorney Toll.

Mr Nawaz died at the scene.

Three other men who were in the yellow Mercedes suffered serious injuries.

A 47-year-old man from March was arrested and bailed on suspicion of causing death by dangerous driving and driving with excess alcohol.

The statement reads: “Shahrose is a beautiful person inside and out. A lot of people were touched by Shahrose and had a connection with him. In our religion we believe that Shahrose is a martyr. This means we believe he is alive. According to the Holy Quran one of the best ways for a person to die is martyrdom.

“Quran 3:169 states: ‘Do not consider as dead those who are slain in the path of God; rather they are alive and well-provided for in the presence of their Lord.’

“We as a family find comfort knowing Shahrose is taken care of and has definitely gone to a place where he will receive the best, much better than this world.

“We thank the Cambridgeshire and Peterborough community, the police officers, the family liaison officers, coroners, funeral directors and religious leaders for being able to be patient with us and help us in ensuring that Shahrose returned to his resting place in Crawley, West Sussex. He now rests in the Little Trees graveyard in an area called ‘Bird’s Paradise’ which was allocated to him.

“We see everything as a sign and we believe in the will of our Lord first and foremost. We now ask that everybody pray for us to be able to have strength to move forward. We humbly request as a family time to grieve and ask for privacy in which to do so. May we all be reunited with you in paradise. Ameen.