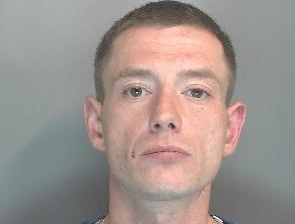 A thief has been handed a five-year ban from Co-Ops across Cambridgeshire.

Prolific thief Lawrence King was handed the Criminal Behaviour Order at Cambridge Magistrates’ Court as part of his sentence for theft.

The 33-year-old pleaded guilty to six counts of theft and one attempted theft from three different Co-Op stores on Milton Road between 5 February and 18 April where he stole meat, washing up products, coffee and ice cream worth more than £460.

He also pleaded guilty to common assault after attempting to punch a shop worker on 18 April.

The five year CBO states King must not:

Enter any Co-Operative retail store in the county of Cambridgeshire

Contact any employee of Co-Operative Retail Stores in Cambridgeshire

PC Joe Dockerill, who investigated, said: “King has caused misery to staff at Co-Ops across the county.

“Any breaches of this five-year CBO will be dealt with robustly and could land King with a prison sentence.

“Shoplifting can have a huge impact on both businesses and those who work for them and often comes hand in hand with other crimes including criminal damage and violence. We hope this sentence will provide some much-needed respite to the staff who have endured his offending.”