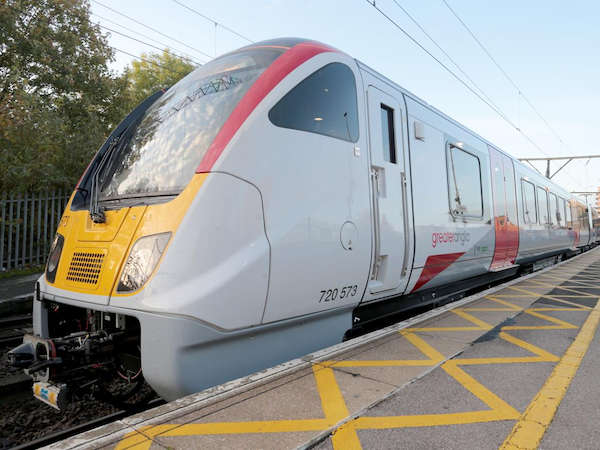 Railway passengers, including football fans and people going to see Coldplay at Wembley Stadium are being advised to avoid travelling on Greater Anglia and Stansted Express trains on Saturday due to a train drivers’ strike.

The strike by train drivers’ union ASLEF will leave Greater Anglia - which also runs the Stansted Express service - able to run only ten per cent of its usual services.

There will be no trains between Cambridge and London Liverpool Street or on any Greater Anglia regional and branch lines including all trains to the seaside, except for Southend.

A heavily reduced service will run between London Liverpool Street and Norwich, Colchester and Southend Victoria.

There will be no direct Stansted Express trains due to engineering works along the route, with a very limited rail replacement bus service between Waltham Cross and Harlow Town to connect with trains which are only operating between 7am and 7pm. Airport travellers are advised to make alternative travel arrangements.

In addition, Coldplay has a concert at Wembley Arena.

Greater Anglia managing director Jamie Burles said: “We know that many people from our region would have been planning to travel by train either to the football or to see Coldplay or for the many other events around our region on Saturday.

“Unfortunately, our advice is avoid travelling on our trains because with our train drivers on strike we can’t run 90 per cent of our services.

Services on Sunday 14 August will start later than usual due to disruption caused by the 24-hour strike.

Train operators in the region not affected by strike action on Saturday 13 August are Elizabeth line, c2c, EMR and Great Northern so their services may be a helpful alternative for some journeys.

Local bus operators may also be an option for some shorter distance journeys.

There will be no services on the following routes on Saturday 13 August:

All other branch lines: Hertford East to Broxbourne, Braintree to Witham, Southminster to Wickford, Harwich Town to Manningtree, Clacton/Walton-on-the-Naze to Colchester, Colchester Town to Colchester, Meridian Water to Stratford.

The following services will be running: