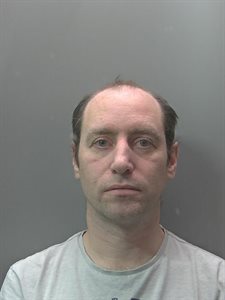 A former paramedic who was found guilty of multiple counts of rape and sexual assault against three victims has been jailed for 21 years.

46-year-old Andrew Wheeler, of Mill Green, Warboys, was convicted of six sexual offences between 2009 and 2018 following a trial which began early in December.

Judge Lowe praised a "painstaking" police investigation which brought Wheeler to court and commended DC Amie Meston. He also praised the courage of the victims for coming forward.

The trial had heard Wheeler's offending came to light after he raped and sexually assaulted a woman in September 2018.

He had responded as a single-crew paramedic to an emergency call to help the woman and reassured two other paramedics, who arrived as a dual-crew, that he had things under control.

He then took the intoxicated woman from a friend's home back to her home before carrying out the attack. The woman told a friend, the incident was reported to police and Wheeler was arrested later that day. For this rape he received a 13-year sentence and for the sexual assault he received 10 years, to run concurrently to each other but consecutive to the others.

Another victim then came forward who Wheeler had raped in 2009 and sexually assaulted in the back of an ambulance in April 2010.

Wheeler was also convicted of two counts of sexual assault on a girl under 13, not connected to his work, between December 2013 and May 2014. He was sentenced to 15 months and two years for these offences, to run concurrently to each other but consecutive to the others.