Hunt On For Vintage Land Rover From Wilburton 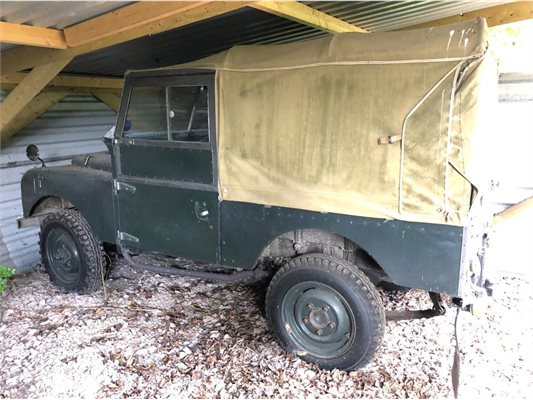 Police investigating the theft of a vintage Land Rover in Wilburton have released a picture of the vehicle in a bid reunite it with its owner.

The victim of the theft, Katy Johnson, said: “Both vehicles are more than just a means of transport, having deep significance to my family and myself.

“Dad bought the ex-military series 1 Land Rover when he was a leader of the Oakington scout troop back in the early 1970s so he could use it as a towing vehicle and add parasailing to the many expeditions he ran for them.

“He was driving it the evening he first met my mother and gave her a lift home in it. It’s stayed in the family ever since, having several renovations over the years.

“Dad was also the senior coach at Cantabrigian Rowing Club and the Defender was bought to take rowing crews to compete in regatta’s all around the country, towing the trailer of boats behind.

“Dad was a mentor, always willing to coach and encourage anyone to achieve their very best, whether through adventures, their career or sport. All his life he dedicated so much of his spare time to others; running expeditions for the scouts, coaching rowing to anyone irrespective of their ability, developing facilities for clubs all around the country, and teaching people to ocean sail.

“It’s heart breaking that these vehicles, which are such a big part of the legacy that Dad left, have been taken.”

PC Simon Anker said: “The vehicles, and particularly the vintage Land Rover, are clearly of great sentimental value to the victim and she is understandably desperate to have them returned.

“We’re appealing to anyone who believes they may have seen any of the stolen property or who has information about the incident to get in touch as a matter of urgency.”