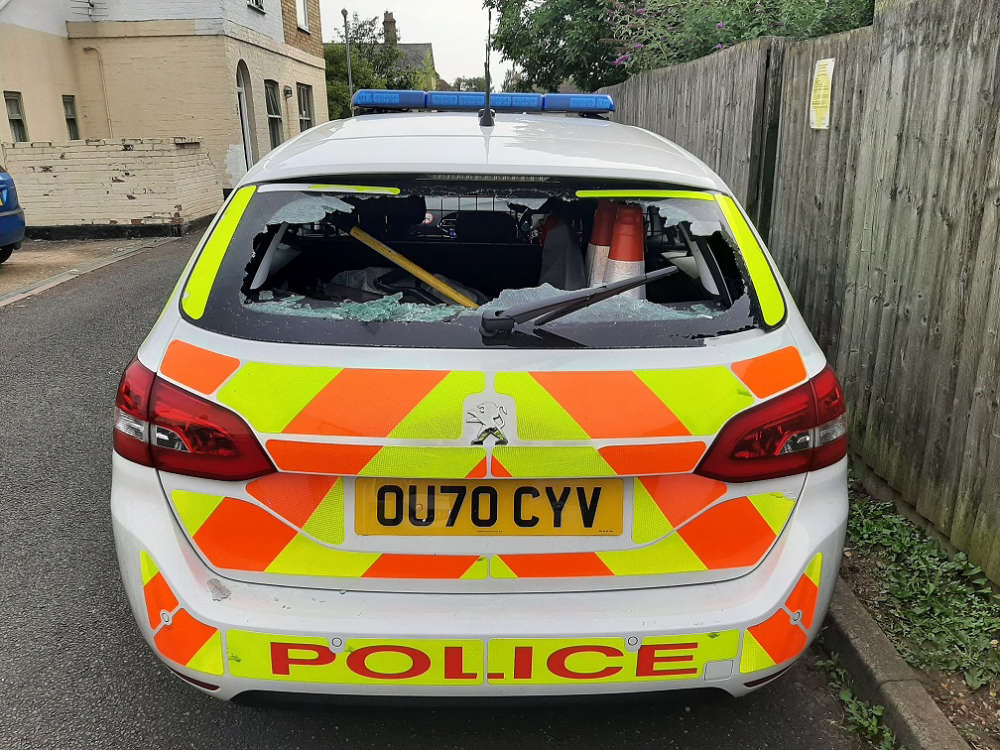 A man who put an officer in a headlock and smashed the windscreen of a police car has been jailed.

Police visited Saiful Islam, 29, at his home in South Street, Huntingdon, on 27 July, after reports of a neighbour dispute.

Both parties were spoken to and the neighbour described how Islam had shouted at him the previous evening and falsely accused him of stealing his headphones, before throwing a pair of headphones at his face.

However, while on the phone to the person who had reported the incident, the officer heard the sound of something heavy striking glass. The officer came back round the corner and saw Islam stood at the back of his police car.

Islam told the officer he couldn’t trust him because of “the things in the back of the car” and he continued striking the rear windscreen with a lighter clenched in his fist until it shattered.

Islam was arrested on suspicion of criminal damage but, while trying to handcuff him, a scuffle began. The officer managed to get one handcuff on but Islam resisted, and both he and the officer tripped and fell to the ground.

Here Islam used his left arm to put the officer in a headlock and squeezed with his arm to the point where the officer couldn’t draw breath.

The officer reached for his PAVA and sprayed it at Islam directly behind him. He managed to wriggle free before Islam got to his feet and tried to run.

However, more officers arrived and Islam was restrained. From the scuffle, officers were left with cuts to their knuckles and elbows.

In police interview, Islam admitted smashing the police patrol car’s windscreen because he claimed to be scared and concerned about the items in the back of the car. He was told these were standard issue in all police cars, but suggested they should be stored elsewhere.

When asked if he had assaulted a police officer, he failed to give a clear answer and claimed someone was “performing black magic” on him.

He admitted “behaving a bit crazy” but denied assaulting the officer intentionally.

However, Islam later pleaded guilty to assault occasioning actual bodily harm (ABH), criminal damage and obstructing or resisting a constable in the execution of their duty.

He was sentenced at Cambridge Crown Cour where he was handed eight months in prison.