Family Tribute To Wimblington Dad who "enjoyed life to the full" 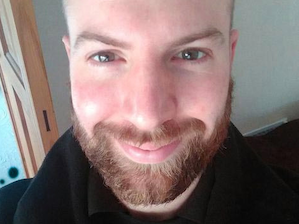 A family have said they are devastated by the loss of a “fun-loving guy” who “enjoyed life to the full”.

It follows the murder of Nigel Ebbage, 35, of Honeysuckle Close, Wimblington, last week.

He was discovered at a premises in Honeysuckle Close at about noon on Thursday (29 April) and was declared dead shortly afterwards.

In a statement, which his family released with the images attached, they said: “We are all devastated and struggling to come to terms with Nigel’s death. He was a family man, he loved his children and family and would do anything for them.  He was a fun-loving guy, always cracking a joke. He enjoyed life to the full.  He loved the outdoors, especially his kayak.”

Mr Ebbage’s family have asked to be left to grieve in private.

Meanwhile, a 64-year-old man appeared at Huntingdon Magistrates’ Court on Saturday, 1st May, charged with Mr Ebbage’s murder. He was remanded in custody and is due to appear again at Cambridge Crown Court today (Tuesday, 4th May).