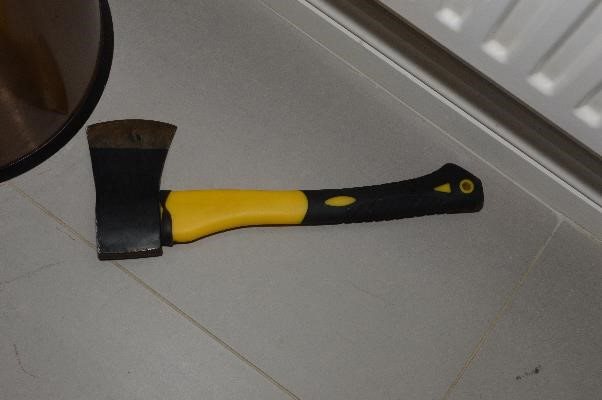 A man attacked a visitor to his home with an axe and then set his dogs on him in an “horrific and nightmarish” assault.

Umran Araf, 37, of Dunsberry, Bretton, Peterborough, was visited by the victim on the afternoon of 18 June last year so the man could collect a cheque for some compensation he had been awarded.

The man sat on a sofa in the lounge and initially Araf was calm. However, Araf then went to get a drink and returned wielding an axe and proceeded to attack the victim.

Araf struck the man with the axe twice across the head, causing a cut to the top of his head and above his left eye. Araf then struck him with the axe again on his right elbow.

The man got up and attempted to flee, but not before two dogs in the house also attacked him. Araf watched as the dogs bit the man on the waist as he escaped via the front door.

The victim ran along the street screaming for help and was chased by Araf, who was still wielding the axe, and the two dogs.

Araf was arrested on suspicion of attempted murder later on that afternoon in Peterborough.

Officers recovered the axe from the house and the victim was taken to Peterborough City Hospital. He was left with multiple cuts to his forehead, left leg and right arm. He also suffered puncture wounds to his abdomen as a result of the dog bites.

In police interview, Araf answered “no comment” to all questions and showed no remorse. He was later charged with assault occasioning grievous bodily harm (GBH) with intent and possessing a bladed article in a public place.

Araf denied the charges and stood trial at Peterborough Crown Court .Jurors retired on the morning of 23 October and took just one hour to return guilty verdicts on both charges.

He was sentenced at the same court where he was handed a total of eight years in prison.