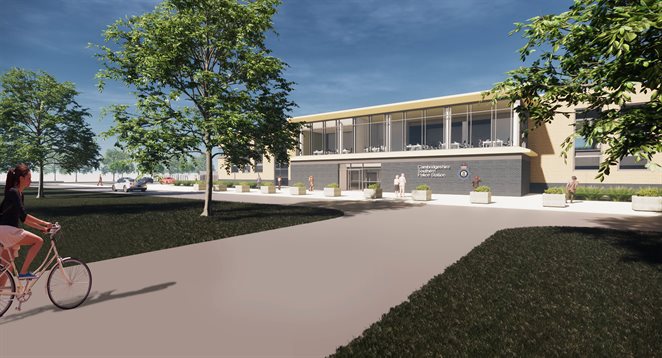 Cambridgeshire Constabulary has submitted a planning application to build a new police hub on the outskirts of Milton.

The application has been submitted to Greater Cambridge Shared Planning following extensive consultations with members of the public and stakeholders.

The Constabulary said current facilities at Parkside in the city centre are too small.

In February the Constabulary consulted on the principle of proposals to enhance the service for the south of Cambridgeshire by replacing the outdated facilities at Parkside with both a new city centre police station and a police hub.

Then in July, the Constabulary, alongside the Office for the Police and Crime Commissioner, held another month-long consultation on proposals to build the police hub on the outskirts of Milton.

A newsletter was distributed to approximately 8,500 household, businesses and stakeholders in the area, more than 2,000 people visited the dedicated project website to view the proposals and 120 people filled in the feedback forms.

The Constabulary considered 22 sites, most recently in June 2020, and after assessing a number of criteria including availability, ecology issues, access and infrastructure, a site next to the Park & Ride facility in Milton was considered the best option.

The majority of those providing the feedback (70%) agreed that the hub is a good use of the Milton site.

The application can be viewed online here.