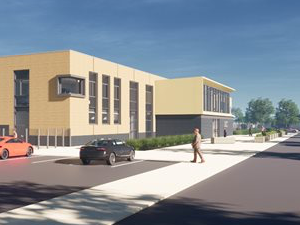 Cambridgeshire Constabulary is to hold a consultation on proposals for a new police station on the outskirts of Milton.

In February the Constabulary consulted on proposals to replace the outdated facilities at Parkside Police Station with both a new city centre police station and a hub on the outskirts of Cambridge.

In total the Constabulary considered 22 sites, most recently in June 2020, and after assessing a number of criteria including availability, ecology issues, access and infrastructure, a site next to the Park & Ride facility in Milton was considered the best option.

It will be a base for the local community policing team and will enable the police to respond to local population growth and the challenges of modern-day policing.

The consultation will commence at 9am on 1 July and end at 5pm on 31 July.

The Constabulary has a consultation website for the community to get involved and provide feedback on the proposals for the Milton site.

There will also be a virtual exhibition (due to social distancing guidelines and government advice) to answer questions and hear feedback. This includes a series of live chats through the website which will be held on:

More details on a proposed city centre police station are due to released soon.