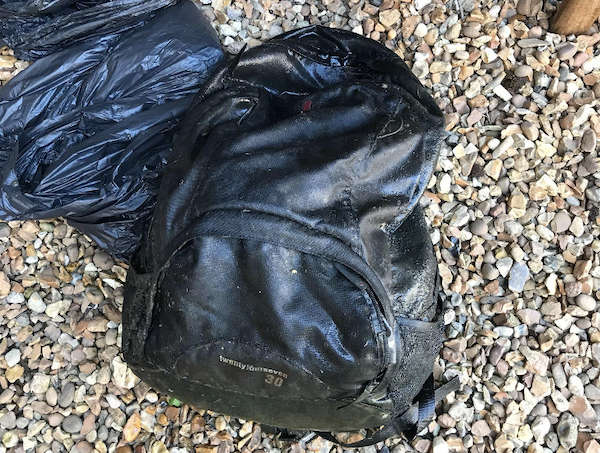 The RSPCA says the bag had been weighed down with bricks.

The RSPCA is appealing for information after a member of the public made the grim discovery of a deceased cat which had been dumped in a backpack and thrown in the river.

The Berghaus black rucksack had been weighed down by bricks and was found in the Great Ouse river opposite the Floods Tavern, The Broadway, in St Ives in Cambridgeshire on Saturday 4 June.

A member of the public made the discovery that afternoon and contacted the RSPCA.

She said: “This was a very distressing discovery. This poor cat was found wrapped up in a bin liner and put inside a black backpack before being weighed down with bricks and thrown in the river. Clearly, someone didn’t want us to find this cat!

“We are now appealing for anyone with information on how this cat came to be in the river, or how the cat died, to please contact us.”

Unfortunately, the cat was not microchipped and it is unclear how long the cat had been dead or whether the cat is male or female.

Naomi added: “We can tell the cat’s fur is light in colour but the poor thing was covered in dirt and sludge from the river and was quite decomposed.”

Anyone with information is asked to call the RSPCA’s inspectorate appeal line on 0300 123 8018.