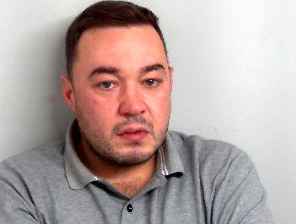 An inmate who repeatedly slashed another man’s face in a “savage and shocking” prison attack has had more than four years added to his existing sentence.

Nicholas Smith, 38, attacked his fellow HMP Peterborough inmate at just after 9am on Boxing Day.

The victim was left with a deep cut to his left cheek, which ended just below his lip, and two further slash wounds to his neck.

Smith had used a makeshift weapon with a blade, which has never been recovered, to carry out the attack in the victim’s cell.

After the attack he claimed the victim attacked him first, but CCTV proved this was not the case. He later pleaded guilty to assault occasioning grievous bodily harm (GBH) with intent.

Smith was sentenced at Peterborough Crown Court yesterday (11th November) where he was handed four years and four months on top of the sentence he is already serving.

DC Rhian Jones, who investigated, said: “This was a savage and shocking attack which must have been horrific for the victim.

“This case highlights that we will do all we can to bring those who assault others so viciously to justice.

“At the time of the attack, Smith was in prison for offences involving violence and he also has previous conviction for possessing weapons. He will now be staying behind bars for a considerably longer amount of time.”