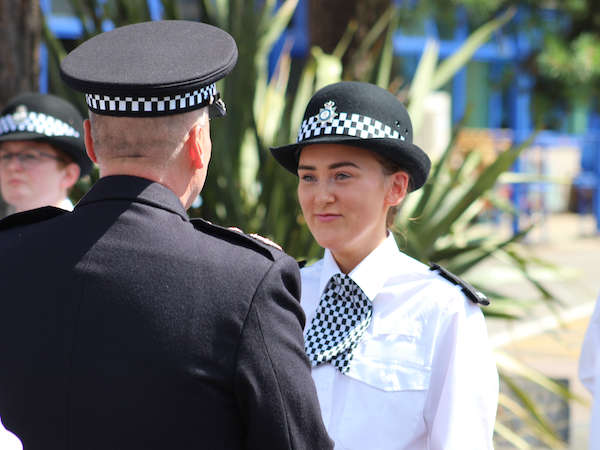 Waitress, firefighter, and special needs teacher were among the former jobs of the Cambridgeshire force’s newest police officers who have passed out.

The 11 men and women, who come from all walks of life, were welcomed to the force in a ceremony at force HQ.

They have entered the force through the well-established two-year Initial Police Learning and Development Programme (IPLDP).

This route is still open to new police officer recruits but will be closing next year when the force will recruit solely through the Policing Education Qualifications Framework (PEQF).

Welcoming the new recruits, Mr Dean said: “It is only right that holding such a privileged position as a warranted police officer, brings with it accountability and responsibility, both on and off duty.

“However, the rewards of entering policing are in front of you. You are now in a position to make a difference and my strong advice to you is to go and do just that and be the best police officer you can be.”

The new recruits will now be deployed to stations across the force.

The force continues to recruit police officers as it aims to meet next year’s national uplift targets.

The number of police officers across England and Wales is now at a 10-year high, with the total at more than 142,000. This is reflected in Cambridgeshire where officer numbers are at an all-time high of just under 1700.

Home Office figures reveal 13,790 extra police officers have been hired across England and Wales, as part of the 20,000-uplift commitment by March next year.