Dozens Of Weapons Taken Off The Streets 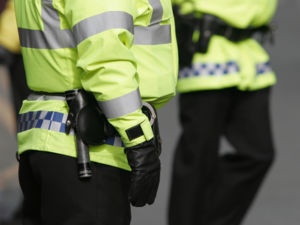 More than 60 knives and other weapons were handed in to police last week as part of a Cambridgeshire-wide amnesty.

Machetes, swords, knuckledusters and knives made up the 67 items that were handed in at sites across the county.

Amnesty bins were available all week at police stations in Peterborough and Cambridge. In addition to these, officers provided bins in Ely, Huntingdon and South Cambridgeshire at times during the week.

The results come as police continue to investigate the murder of 17-year-old Jesse Nwokejiobi in Cambridge on Saturday (19 November).

A post-mortem examination on Wednesday (23 November) confirmed Jesse died as a result of a stabbing.

Some of the items handed in during the amnesty are now illegal to own due to changes to the Offensive Weapons Act last year. This banned weapons such as knuckledusters, extendable batons, curved swords and zombie knives. Even if kept on private property.

School visits also played an important role in the week of action, with officers attending multiple locations across the county to speak to children and young people.

Other activities for the national ‘Operation Sceptre’ week included increased patrols in ‘hotspot’ areas, weapons ‘sweeps’ in public spaces such as parks and test purchases to ensure retailers were not selling knives to people under 18.

The week-long initiative was also part of ‘Operation Guardian’ – the Constabulary’s ongoing strategy to combat knife crime in the county.

In the last year possession of knife offences increased in Cambridgeshire by 10%. However, it is unclear what impact the Covid-19 pandemic had on these figures.

Inspector Matt Snow said: “Thank you to everyone who made use of the amnesty to dispose of knives and other weapons last week.

“I’m pleased we managed to take amnesty bins out into our communities as well as having them at police stations and managed to visit so many schools to speak to children and young people.

“Combating knife crime is one of our priorities and we will continue to do all we can to tackle the issue.”