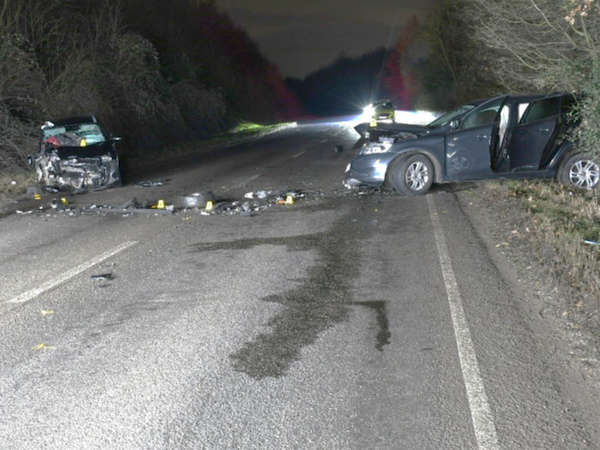 A man who drove head-on into a car after taking cocaine has been jailed.

Lascelles Allard, 58, was driving his Kia Stonic southbound along the A10 at Ely, just north of the Witchford Road roundabout, at about 5.30pm on 26 January when he suddenly veered across the road and collided head-on with a Volvo XC60.

Both drivers were taken to Addenbrooke’s Hospital and Allard, who did not have a driving licence or insurance, was left with serious chest injuries and spinal fractures while the Volvo driver suffered rib and sternum fractures along with muscle damage.

The victim, a 61-year-old man from Littleport, also suffered a heart attack but has since recovered.

One witness saw Allard swerve suddenly as if to overtake, although there was no vehicle in his lane, while another saw him driving at speed prior to the crash and collide with a roundabout.

A blood sample found he had cocaine in his system.

In interview, Allard claimed he couldn’t have been driving as he didn’t have a licence but then agreed he must have been as he was the only person in the car.

He also said missing a day of morphine had led to him becoming incoherent.

Yesterday (Thursday) at Cambridge Crown Court, Allard, of Northfield Park, Soham, was jailed for two years and a month, having admitted causing serious injury by dangerous driving, driving otherwise than in accordance with a licence, driving with no insurance and two counts of drug driving, for cocaine and benzoylecgonine.

He was also disqualified from driving for four years.

PC Steph Corletto said: “Allard endangered himself and other road users when he got behind the wheel of his car, not only under the influence of drugs, but also with no insurance and no driving licence.

“This case and sentencing sends an important message not to drug drive.

“As traffic officers, we are sick and tired of the destruction this causes and we will not tolerate it on our roads.”