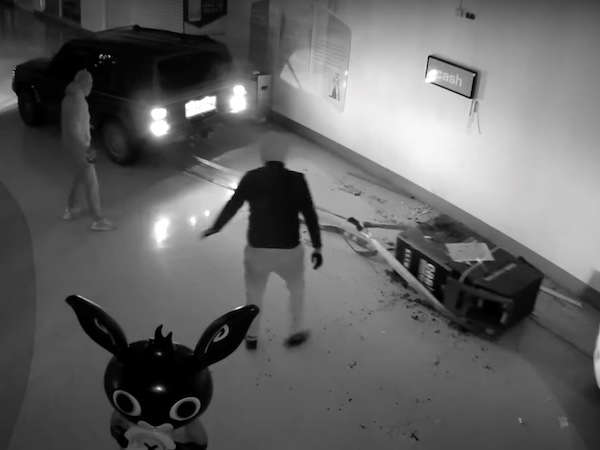 Four men involved in ramraids and other thefts across Cambridgeshire, Bedfordshire and Northamptonshire have been handed sentences totalling more than 20 years.

Tony Smith, 23, John Mitchell, 20, Alan Smith, 47, and Samuel Mitchell, 19, all pleaded guilty to their parts in the various offences in January and February 2022.

Working together, the four caused havoc across the counties, targeting both businesses and individuals. Hundreds of thousands of pounds worth of loss and damage was caused by the group who committed ATM and cigarette ramraids as well stealing vehicles and equipment to commit the offences.

They targeted a service station and supermarkets including Ramsey and St Neots Tesco stores and the Co-op store in Yaxley.

The investigation into the ramraids and thefts was complex, with officers trawling CCTV footage, phone records and carrying out extensive forensic searches.

The group were caught following an ATM theft at the Howard Centre, in Bedford, on 21 February last year.

Tony Smith, of Cadwin Field, Willingham, Cambridgeshire, was charged with conspiracy to commit non-dwelling burglary and conspiracy to steal across Cambridgeshire, Bedfordshire and Northamptonshire. He was also charged with dangerous driving in relation to the theft in Bedford. He pleaded guilty and was sentenced to six years and four months at Huntingdon Law Courts.

John Mitchell, of Fern Hill Lane, Harlow, Essex, was also charged with conspiracy to commit non-dwelling burglary and conspiracy to steal in relation to the Bedford offence and others across Cambridgeshire, Bedfordshire and Northamptonshire. He pleaded guilty and was sentenced to five years at a young offenders institution at Huntingdon Law Courts.

Alan Smith, of Ampthill Road, Kempston Hardwick, Bedfordshire, was charged with non-dwelling burglary in relation to the Bedford offence. He pleaded guilty and was sentenced to five years and 10 months at Huntingdon Law Courts.

Samuel Mitchell, of Elizabeth Way, Harlow, Essex, was charged with conspiracy to commit non-dwelling burglary and conspiracy to steal in relation to offences in Cambridgeshire and Northampton. He pleaded guilty and was sentenced to four years and six months at a young offenders institution at Huntingdon Law Courts.

Detective Chief Inspector Chris O’Brien said: “These offenders caused havoc and misery across three counties to both businesses and individuals. They stole cash and goods worth hundreds of thousands of pounds and caused a considerable amount of damage and financial loss to the businesses they targeted.

“The group was prolific and I don’t believe they would have stopped offending if they hadn’t been caught.

“This was a challenging investigation and a real team effort between police and partner agencies. I want to thank all my officers and everyone involved for their meticulous hard work and dedication, which has ultimately resulted in these offenders spending time behind bars.

“We take cases like this incredibly seriously and will work tirelessly to bring those responsible before the courts.

“I am so pleased justice has been done today and hope this serves as a warning to other would-be offenders.”

Chief Inspector O’Brien added: “Ramraids are most likely to take place during the winter months when the nights are darker and we need the public’s help to report anything suspicious or anything they see that might not seem quite right, no matter how small or insignificant it may seem. One call could make all the difference and potentially stop a store or petrol station being targeted.”