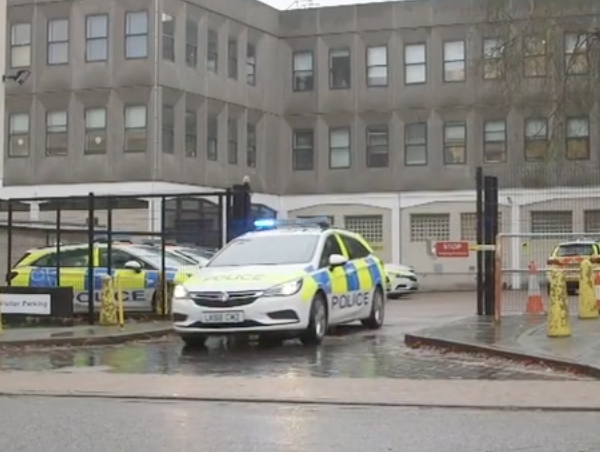 Police have made a further three arrests following disorder at a football match between Peterborough and Cambridge United last month.

The latest arrest was made on Thursday (17 November) where a 17-year-old boy was arrested in Bar Hill on suspicion of discharging a firework on a public highway and assaulting three emergency service workers.

He has been released on bail to return to Parkside Police Station in Cambridge on 17 February.

Karl Hart, 46, of New Lakeside, Hampton Vale, Peterborough, was arrested in Peterborough on Wednesday (16 November). He has since been charged with a section 4 public order offence – namely using threatening words or behaviour with intent to cause fear of violence. He has been bailed to appear at Peterborough Magistrates’ Court on 16 December.

Trevor Johnson, 45, of Parson Drove, Wisbech, was arrested for a second time on 11 November. He has also been charged with the same public order offence.

He was also arrested outside Asda in Rivergate after the game on 29 October and charged with being drunk and disorderly in a public place. He is due to appear at Peterborough Magistrates’ Court for both offences on 30 November.

These latest arrests bring the total so far to seven.

Two people were arrested outside the Abax Stadium in London Road before the match, which began at 3pm on 29 October.

A 36-year-old man from Bretton, Peterborough, was arrested on suspicion of a public order offence, namely shouting at rival fans and encouraging a fight, as well as assaulting an emergency worker, but was later released without charge.

A 20-year-old man from Bottisham, Cambridge, was arrested on suspicion of a public order offence, namely being in possession of a flare and setting of a flare into a crowd. He has been released on bail to return to Thorpe Wood Police Station in Peterborough on 29 January next year.

A 17-year-old boy from South Cambridgeshire was arrested in Cambridge on 1 November in connection with criminal damage at the Abax Stadium worth up to about £20,000. He was released on bail to return to Parkside Police Station in Cambridge on 1 February next year.

Detective Sergeant Shish Thind, who is leading the investigation, said: “The majority of Cambridge United and Peterborough United supporters behaved responsibly at the match, however, there were a small number of fans who chose to behave in a wholly unacceptable way, and this behaviour has been condemned by both clubs.

“The force, with the support of both clubs, has launched a post-match investigation and is taking action against anyone identified as committing criminal offences, and will work with clubs to secure banning orders where appropriate.”