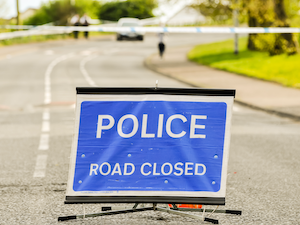 A motorcyclist has died following a collision on the B660 at Tillbrook near Kimbolton.

The collision between the motorcycle and a Jaguar XF happened in Station Road at just before 11.30am on Saturday.

The driver of the Jaguar, a 36-year-old man from Kingswinford in the West Midlands, was not injured.

Police are investigating the collision and would like to speak to anyone who saw what happened, or the vehicles involved just prior, or has dash camera footage.

It is believed there would have been other motorcyclists on the road at the time and pedal cyclists who may have seen the vehicles prior to the collision.

Anyone who saw the collision, or has dashcam footage from the area, is asked to visit www.cambs.police.uk/report or call 101 quoting incident 243 of 23 July.