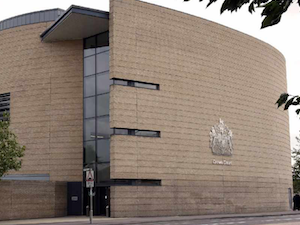 A man from Peterborough who secretly filmed his stepdaughters using the family bathroom has been jailed.

The 54-year-old man from Peterborough hid the camera in a light fitting in the main bathroom of the house, which was used by his partner’s adult children and young grandson.

One of the victims spotted the camera when taking her young son to the toilet. She noticed the light fitting looked odd and on closer inspection, discovered a small USB recording device attached to a wire.

When confronted, the man claimed the camera was designed to keep an eye on the family dog while they were out at work.

He gave no comment during police interview but later pleaded guilty to voyeurism and recording a private act.

He was sentenced to 21 weeks in prison at a Cambridge Crown Court.

Detective Constable Em Scates, who investigated, said: “This family were violated in one of the most horrifying ways and it has been a long journey for them.

“We have supported them throughout the investigation and have seen the impact this had had on them all.

“I am pleased justice has been served and they can now move forward with their lives.”

The family issued the following statement: “We are all relieved to say after two years, justice has finally been served. We take peace in knowing this shocking crime was taken seriously by the police and courts.

“We all deserve privacy within the comfort of our own home and to discover we have unknowingly been preyed on is horrifying.

“We can now begin on the road to recovery and rebuilding our lives.”

Anyone who is concerned someone may have been convicted of a sex offence, and could be posing a risk, can apply for disclosure information through Sarah's Law.