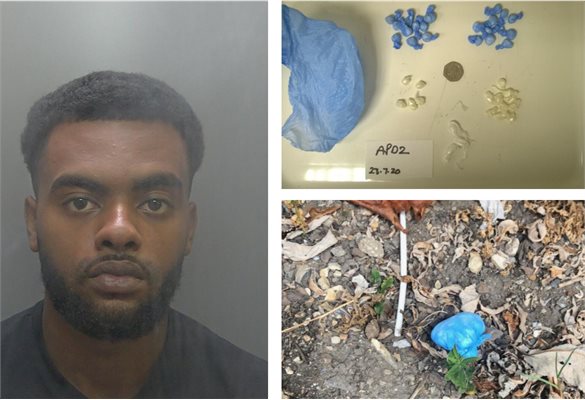 A drug dealer who tried to hide crack cocaine and heroin from officers has been jailed for 45 months.

Shaquile Brown, 24, was arrested at a flat in Ashley Court, Cambridge, on 23 July following a tip-off from a member of the public about potential drug dealing at the property.

When police initially knocked on his front door there was no answer.

However, officers round the back of the property saw a hand reach out a window and drop a plastic package before the door was answered seconds later.

A search of the flat, of which Brown was the sole occupant, revealed drug paraphernalia and a mobile phone containing drug-related messages.

The package was forensically examined and found to contain 38 wraps of crack cocaine and heroin, with a street value of more than £600.

Brown, of The Sidings, Bedford, was sentenced at Cambridge Crown Court after pleading guilty to two counts of possessing a class A drug with intent to supply.