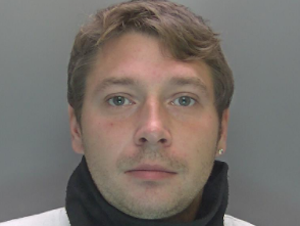 A convicted sex offender from Ely has been jailed after deleting his internet browsing history.

James Loades, 30, was placed on the Sex Offenders Register and handed a ten-year Sexual Harm Prevention Order (SPHO) in April last year when he was convicted of attempting to engage in sexual communications with a child.

The SHPO stipulated a number of conditions including that Loades must not delete his internet search history.

On 9 June, police paid a visit to one of Loades' Probation meetings and looked through his phone as part of a routine inspection.

Officers found a gap in his search history and suspected he had deleted the content. This was later confirmed following analysis of the device by the force's Digital Forensic Unit.

Loades, of St Marys Street, Ely, was arrested and later admitted breaching a SHPO and a suspended sentence order.

He was sentenced to one year and two months in prison at Peterborough Crown Court yesterday (18 February).

PC Lee Nutbeam said: "Loades knew full well the conditions imposed upon him as part of the SHPO, however, he chose to blatantly ignore them.

"I hope the sentence reassures the public of our commitment to keeping tabs on sex offenders and gives Loades time to re-think his actions for the future."