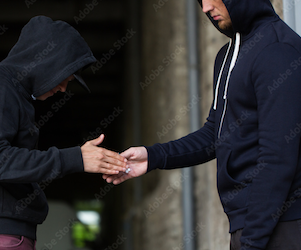 An operation is being held in Peterborough to tackle “cuckooing” and raise awareness of the issue.

The Safer Peterborough Partnership (SPP) is holding the week of action this week (from Monday 9 May) as part of the ongoing work under Operation Spotlight which focusses on issues connected to drugs across the city.

Cuckooing is a term used to define a type of exploitation by drug dealers who take advantage of a person who may have poor mental health, uses drug or alcohol, or lives alone, by taking over and using their home to store, sell or use drugs.

Laura Kelsey, Senior Problem Solving Officer for Peterborough City Council’s Prevention and Enforcement Service (PES), said: “During this week of action our focus is primarily around cuckooing; raising awareness of what it is, what signs to look out for and how to get help.

“We are working hard to build trust and confidence with vulnerable and exploited members of our communities by supporting them to maintain their tenancy or find alternative accommodation, as well as accessing support services, alongside preventing visitors to an address and reducing the impact this type of activity has on the local community.

“Cuckooing can happen in any of our neighbourhoods, therefore we are asking for the public’s help as they eyes and ears of our communities, to report any concerns they have about their neighbours.”

Signs of cuckooing include:

The week of action will also include training sessions with professionals on cuckooing and exploitation, as well as identifying properties where people are believed to be at risk of cuckooing.

Members of the SPP, including Neighbourhood Watch (NHW), will be at Peterborough City Hospital on Tuesday (10 May) and Thursday (12 May) between 10am and 3pm, to promote drug and alcohol support services, sell low-cost personal safety alarms and promote NHW schemes.