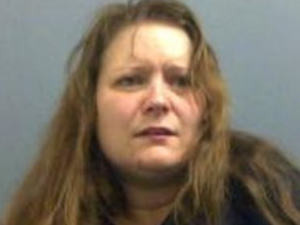 A mother from Littleport's been jailed for trying to persuade three people to murder her ex-husband.

Victoria Breeden approached the men to kill Rob Parkes between 2014 and 2019, after she lost custody of a child.

The 39-year-old, from Littleport in Cambridgeshire, has been sentenced to nine years and six months behind bars after previously being found guilty of three counts of soliciting to murder Rob Parkes.

The case was brought to the attention of Cambridgeshire Police in November last year when Breeden’s most current former partner, Graham Wall, approached officers with a 24 minute recording.

Mr Wall feared Breeden was having an affair and hid his phone in a cupboard under the stairs of her home to see what she was up to.

When he retrieved it the next day he listened to the recording of Breeden and another man, Earl Gernon, talking about how easy it would be to ‘make someone disappear’.

The recording heard talk of the different ways her ex-husband, Rob Parkes, could be murdered or seriously injured, and that it would cost between £10 and £15,000 for a ‘see you later’.

Breeden was initially charged with conspiracy to murder but further investigation revealed it wasn’t the first time she had made these enquiries and requests for help.

During a trial in March, Breeden was found guilty of persuading Hamish Lowry-Martin to murder Mr Parkes between 1 January 2014 and 31 December 2014.

Breeden was found not guilty of persuading Daniel Proctor to kill him between 1 November and 1 June 2016.

Detective Inspector Mike Barnshaw said,  “I hope this shows that Cambridgeshire Police, irrespective of who is involved, take all matters of domestic abuse seriously and I would encourage anyone suffering to contact us and be assured that we will help.”