Man In Bodiless Murder Probe 'May Be Alive' 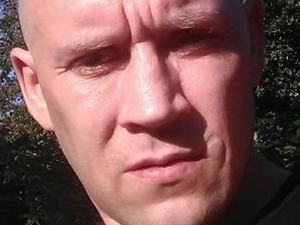 Missing Cambridgeshire farm worker who police feared had been murdered may still be alive after posting selfies on Facebook.

35-year-old Ricardas Puisys was last seen at work at the Nightlayer Leek Company in Chatteris in more than four years ago.

Police say they're "yet to establish" whether the Lithuanian national is alive, despite finding an account believed to be his.

Detective Chief Inspector Adam Gallop, from the Bedfordshire, Cambridgeshire and Hertfordshire Major Crime Unit, said: “For the past four years Ricardas’ disappearance has been a complete mystery.

“My team have followed up a number of inquiries, however we still do not know what has happened to him. This investigation initially began as a missing person inquiry, however very early on it was clear to us there were no signs of life and we were concerned Ricardas had been murdered.

“To this day we have not found his body, nor have we found any evidence telling us he is alive, that was until last summer.

“A Facebook account has been set up in his name and photographs of who we believe to be Ricardas have been posted. We have been trying to make contact with the person behind this account, but are yet to establish whether Ricardas is alive.

“Our inquiries inform us the Facebook page is being accessed and managed from somewhere in Wisbech but we have not yet been able to pinpoint an exact location.”

Members of the public, specifically the Lithuanian community in Wisbech, are being urged to contact police if they have any information whatsoever about Ricardas’ whereabouts, no matter how insignificant it may seem.

DCI Gallop added: “Whether Ricardas is alive or not, someone knows what has happened to him. Please do the right thing and come forward.”