Jail For Ely Woman Who Assaulted Ambulance Staff And Police 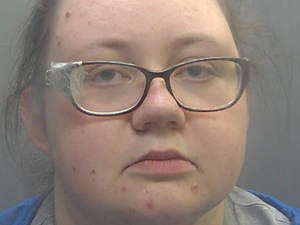 Police and ambulance service staff were assaulted ten times on consecutive days last month (April) by a woman they were trying to help.

Sarah Smith, 27, who has a history of assault, punched, kicked, bit and spat at those who were trying to help her.

She was sentenced at Cambridge Crown Court to a total of two years in prison after pleading guilty to ten counts of assaulting an emergency worker – eight police officers, a member of police staff and an ambulance service worker.

Chief Constable Nick Dean said: “Police officers and staff are regularly subjected to violence and threats which too often result in injury. While the severity of such attacks change, the impact upon society does not. It is never acceptable to assume that assaults upon police officers and staff should be tolerated, it is not simply ‘part of the job’.”

On 2 April, police were called out to Smith’s home address in Morley Drive, Ely, to assist paramedics after she became violent and abusive. While attempting to restrain her and transport her to hospital, Smith kicked, bit and spat at officers.

On arrival at hospital and the removal of handcuffs, Smith punched one officer in the head and bit another.

The following day, police were called out to Smith’s address upon the request of probation officers – Smith had been released from prison just five days before after serving a 24-week sentence in connection with assaulting hospital staff and a police officer in the autumn of last year (2019).

She again spat at officers multiple times, including an ambulance service worker, and attempted to bite them.

Smith was arrested for assaulting emergency workers and while in custody at Parkside Police Station she again lashed out, spitting at a detention officer.

When sentencing Smith, Judge Cooper acknowledged the ‘enormous debt of gratitude owed to all emergency workers who are prepared to put themselves in danger’, commending each of the individual officers in this case for their conduct and in particular the ‘evident care and restraint with which they had managed this very difficult and disturbed defendant’.